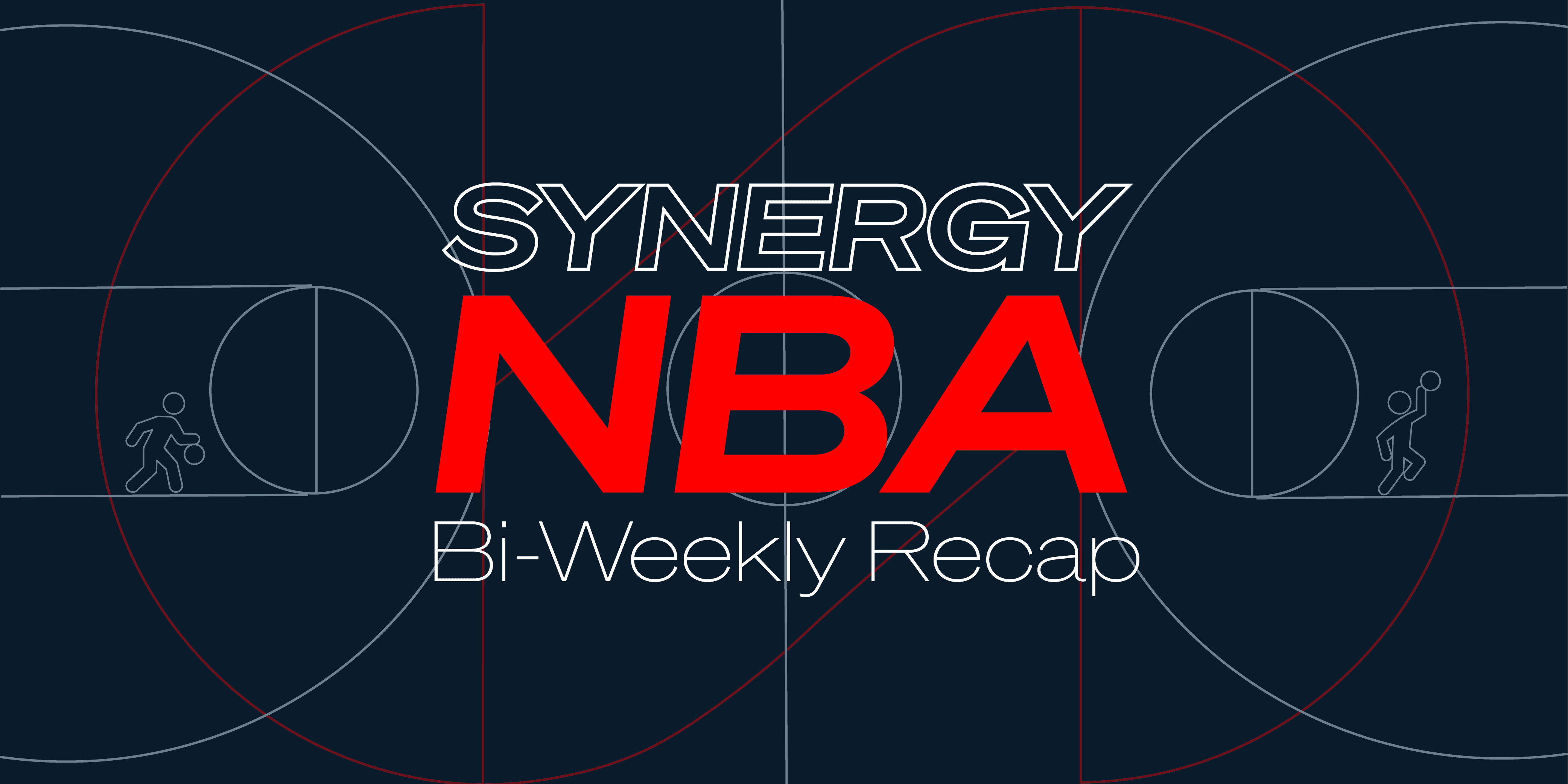 The 2021-22 NBA season has officially arrived. While it’s entirely too early to draw many long-term conclusions, the 76ers’ and Knicks’ 180 degree turn from ranking as the league’s top-2 defenses last season to its top-2 offenses this season, the impact of the Bulls off-season acquisitions, and the Heat’s return to their NBA-bubble form have shaped the league landscape thus far. The Jazz are in the mix to have the top efficiency differential for the second consecutive season but will likely face a more competitive race for that crown than they did a year ago.

Looking at the league as a whole, offensive efficiency is down dramatically to begin the 2021-22 season. Teams are struggling to score in a variety of ways, with overall points-per-possession down for nearly all 11 of the play types Synergy tracks. Some of this could be explained by the rule changes that have cracked down on players using “non basketball moves” to draw fouls, leading to a noticeable decrease in the rate of shooting fouls being called. Arenas returning to normal capacity could also be negatively impacting shot-making, or perhaps defenses are just playing with more energy and executing game plans at a higher level thus far. Either way, if early trends hold, it appears the scoring explosion seen over the past few years will not be continuing in the NBA’s 75th season. No player has taken a bigger leap to open this season than Hornets forward Miles Bridges. After a strong finish last year, Bridges has emerged as a two-way star for the 5-3 Hornets, averaging 23.1 points, 7.9 rebounds, 3.4 assists and 1.8 steals per game. On the offensive end, the former 12th overall pick has been nearly unstoppable. His 1.08 points per possession and 54.6% adjusted field goal percentage rank 9th and 16th respectively among the 64 players who have used at least 125 possessions this season.

Bridges has been most effective in spot up situations, knocking down 38% of his catch and shoot 3-point attempts within the Hornets’ half-court offense. Bridges is also leading the NBA in points scored when attacking closeouts off the dribble, regularly using his explosiveness to get downhill and finish strong with either hand. His 6.8 points per game in spot up situations currently ranks fifth in the league.

.@MilesBridges can DO IT ALL. 🔥 What was your favorite Miles moment of the last week? #AllFly pic.twitter.com/wPTLzbi0kG

While his ability to space the floor has been key for a Charlotte team that has moved the ball well in the early going, Bridges has also evolved as a one-on-one scorer. 13.5% of his possessions have come in isolation situations this season, a significant jump from his 4.8% isolation rate a year ago. His %Score on such plays has jumped from just 35% last season to 48% so far this season, ranking him among the top-20 in the NBA in that category. Impressive isolation buckets, like the one below, are becoming a regular sight from the 23-year-old out of Michigan State.

Bridges has already recorded three 30-point games this season — as many as he recorded combined over the first three years of his career. His emergence as a go-to scorer has been a catalyst for a Hornets offense currently leading the NBA in scoring.

It hasn’t taken long for Raptors forward Scottie Barnes to show why he was the 4th overall selection in July’s draft. Through his first seven games, Barnes is averaging 18.1 points and 9 rebounds while shooting 55.1% from the field. Coming out of Florida State, Barnes was a highly touted prospect for his unique blend of size, athleticism, and defensive versatility. However, it’s been on the offensive end where Barnes has been exceeding expectations so far.

Primarily a playmaker as the Seminoles’ sixth man in his lone season under Leonard Hamilton, Barnes entered the league facing questions about how he would score in the half court, but the 6’8 forward has seemingly already answered them. Barnes’ 18.1 points per game leads all rookies, and his 1.01 points-per-possession ranks 2nd among all first-year players using over 18 possessions per game.

Barnes has proven to be an effective bucket-getter in a variety of ways. The most welcome sight for Raptors fans has been the handful of pull-up jumpers he’s hit in the midrange. Defenders have dared Barnes, who rarely attempted shots outside the paint in college, to shoot 10-17 footers, and he’s been making them pay for the soft coverage.

Scottie’s putting on a show at home 👀

Barnes has 19 PTS (8-of-11) and 6 REB as the @Raptors lead the Magic at the break on NBA League Pass. #NBARooks pic.twitter.com/Vmw1rZNTBt

Barnes’ long strides and ability to finish strong at the rim make him dynamic in the open floor. He ranks in the top 20 in transition points per game. Barnes has also shown flashes as a post-up scorer, and his length and activity have led to several put-back opportunities.

The Raptors decision to take the 20-year-old Barnes with the fourth overall pick came as a surprise to many on draft night. But, just two weeks into his career, his overall development appears strikingly ahead of schedule and his impact on both ends is undeniable. Morant has been on a tear to begin his third season in the league. He ranks 3rd in scoring with 28.3 points per game on 52.4% from the field, and is adding 7.7 assists, 4.1 rebounds and 1.7 steals nightly. The potential first-time All-Star has lived at the rim, generating 19.1 points per game and shooting an impressive 61% in the paint.

It should come as no surprise that the 2-time MVP is off to a hot start in 2021-22, propelling Golden State to a 5-1 record. Curry leads the NBA averaging 28.7 points per game and is stuffing the stat sheet with 6.5 assists and what would be a career-high 7.5 rebounds per contest.

It’s been an up and down start for the Nets, who are just 4-3 through their first seven games, but Durant has been phenomenal. The future Hall of Famer is averaging 27.7 points per game and his efficiency has been off the charts. Durant leads the league in scoring efficiency in both isolation situations (1.37 points-per-possession) and as the ball handler in the pick-and-roll (1.32).

What a move to get free for the triple!@BrooklynNets and Pacers heading into Q2 on NBA League Pass. pic.twitter.com/qXZnrFv2d8

The reigning NBA Most Valuable Player has picked up right where he left off, leading the Nuggets to a 4-3 record while averaging 23.9 points, 13.7 rebounds and 5.7 assists per game. Jokic has been very effective offensively in several situations, scoring 1.53 points-per-possession as a cutter, 1.36 coming off of off-ball screens, and 1.40 in transition.

Barnes is quietly off to the best start of his 10-year career, putting up what would be career highs in points (23.3) and rebounds (9.7) per game, while shooting a blistering 45% from beyond the 3-point line. The UNC product has been the most efficient volume scorer in the entire league, scoring 1.17 points-per-possession. The exclamation point on Barnes’ impressive start came when his turnaround, buzzer-beating three lifted the Kings over the reigning Western Conference Champion Suns in Phoenix.