The Chronicles of Redick: Bridging the Gap across 3-Point Shooting Eras 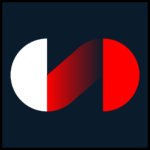 JJ Redick’s 15-year NBA career followed a fascinating trajectory from the moment he was selected 12th overall in the 2006 NBA Draft until his retirement on September 21, 2021.

Redick ended his professional career ranked among the most iconic shooters of the last 20 years. He bridged the gap between two eras of NBA basketball that valued his three-point marksmanship very differently. Finishing his four-year career at Duke as one of the top-20 scorers in Division I history and capping his senior season with consensus National Player of the Year honors, Redick was nonetheless memorably realistic about his NBA outlook despite his lottery projection. Entering the league at a time when post-play was still in style and a half dozen teams were still attempting only 10% of their shots from beyond the arc, he was widely labeled as a “shooting specialist”—mostly a pejorative term at the time even if he was clearly one of the top prospects ever in that mold.

As the graph above suggests, Redick came out firing from beyond the arc early in his NBA career. Turning a corner in his fourth year in Orlando, he solidified himself as one of the most dangerous three-point shooters in the NBA. Just as Redick was hitting his stride as a contributor, the NBA’s embrace of the three-point shot began. It’s rare to hear the term “shooting specialist” thrown around anymore and while it was thrown at Redick early in his career, the subsequent rise of three-point shooting league-wide rendered it obsolete and redefined the value of elite shooters like Redick at the game’s highest level. While the rise of 3-point shooting has put a premium on the ability of all players to space the floor, it had a unique effect on the careers of players like JJ Redick. Serving primarily as a spot up shooter early in his career, like most players in his mold had historically to that point, NBA coaches quickly adapted their offenses to make better use of their best marksmen. As the graph above suggests, after getting close to 90% of 3-point attempts in spot up situations over the first half dozen years of his career, Redick was attempting more threes running off screens and receiving hand offs than he was setting up shop on the perimeter. A decade after he finished his career at Duke, the ability to shoot on the move that made him so productive at the college level suddenly became a key element of his value in the NBA.

Seeing subtle changes in his use over time as the talents of the players around him factored into where and how coaches looked to get him the ball, Redick’s accuracy seldom waivered from the perimeter or the foul line. Finishing his career ranked 15th in 3-pointers made, there’s little doubt he would have ranked higher if his career had started a few seasons later, but looking back, that’s part of what makes Redick such a compelling player. Making more 3-pointers two seasons ago with the 76ers than he did over the first four seasons of his NBA career, he fell on both sides of what appears to be the defining trend of the game for this generation of players.

Thousands of basketball games globally are produced using the FIBA Connected Stadium. This article looks at the French pioneers of the product